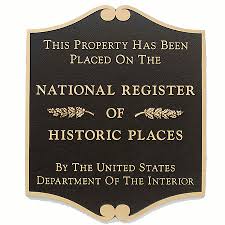 The National Register of Historic Places is the official list of the nation’s cultural resources worthy of preservation. The program is administered by the National Park Service under the Secretary of the Interior.

Properties listed on the National Register include districts, sites, structures, and objects that are significant to American history, architecture, archaeology, engineering and culture. These resources contribute to an understanding of the historical and cultural foundations of the nation. The properties, commercial and historic districts are each noted for retaining historic integrity and stand today as excellent examples of architecture or have association to significant events or people.

Miles Brewer, Keokuk resident and local historian has been a mentor to Dalton Humes in researching and compiling the   Keokuk Rifles Trail Guide.   This guide tells the history and takes you to some of the more important places on the Keokuk Rifles Trail.  The Keokuk Rifles were a local Union Home Defense Unit that fought in the Battle of Athens during the Civil War to re-inforce the Union Soldiers that were in place.    To view and download guide, please select here.